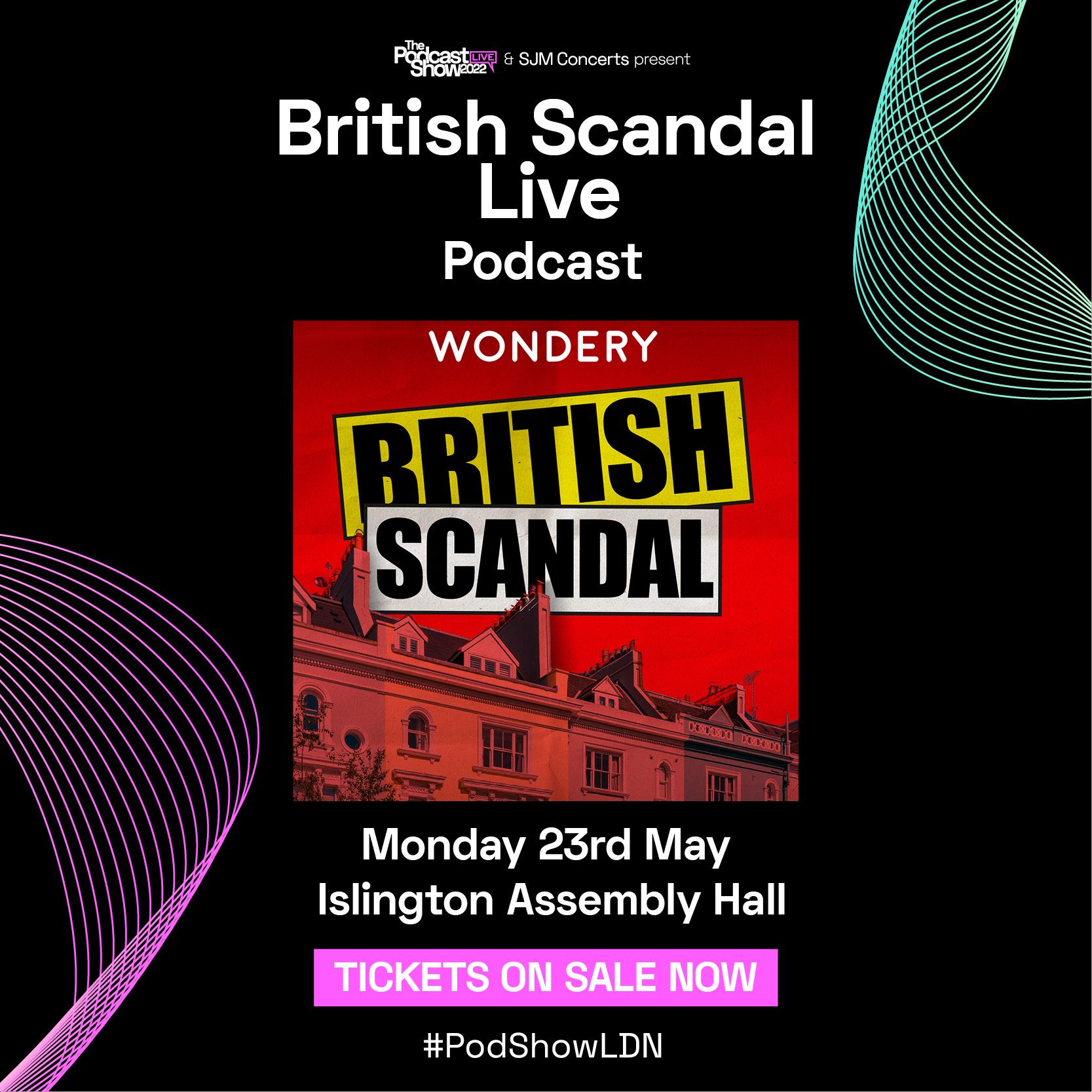 Global podcast studio Wondery introduces a special edition of the smash hit #1 Apple Podcasts UK show, British Scandal, performed live for the very first time to mark its first birthday. Hosted by My Dad Wrote a Porno star and co-creator Alice Levine and comedian Matt Forde, the critically acclaimed show blends their unique audio alchemy, razor sharp wit and compelling storytelling skills to narrate another jaw-dropping modern-day scandal that not only rocked the British establishment but sent shockwaves across the globe. Described as “magnificently good fun” by The Times and “always entertaining” by the Guardian, the podcast has covered the biggest scandals to hit these shores. From the political earthquakes of The Litvinenko Affair and The Sexed Up Dossier to the scarcely believable tales of Canoe Con and The Coughing Major, through to the infamous stories of Lord Lucan and The Profumo Affair, Wondery’s first UK Original podcast series pours over the catastrophic, calamitous, and at times comedic details. British Scandal hits the stage in a special one-off anniversary live show, to be followed by a Q&A with the award-winning duo.