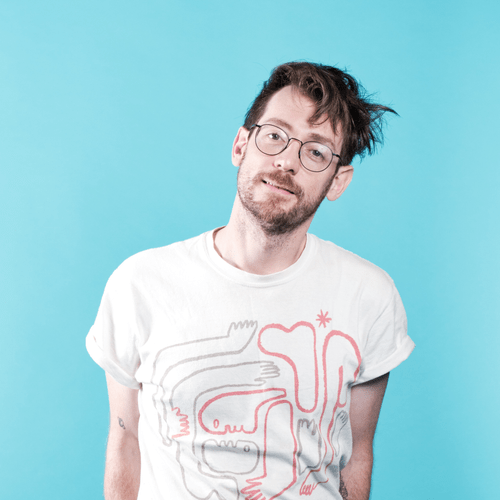 Author and podcaster Adam Zmith is passionate about queer history. He is a co-producer of the award-winning podcast The Log Books, which explores untold queer stories through the handwritten notes of volunteers at Switchboard, an LGBT+ helpline since 1974. His first book Deep Sniff, published last year, is an exploration of identity, sex and freedom through a history of the drug 'poppers'.

His work centres on themes of censorship; which bodies and sexualities are considered acceptable and unacceptable, how this changes depending on time period, and how culture reflects these themes. The Film We Can’t See explores the hidden queer connections between filmmakers over a century of cinema. It is based on imagined audio left behind by a pioneering film director from Russia, a bisexual Hollywood actress, and a German sexologist fleeing the Nazis.

Adam Zmith, Audio Lab creator, says: “I'm obsessed with my queer ancestors, like sexologist Magnus Hirschfeld who made discoveries about our bodies that we might think of as hyper-modern, but he was campaigning for queer rights before my grandparents were born. Discovering my ancestry as a queer person though these historical figures and their amazing work is a big part of my life and work now. With this podcast, I want to give people the same mind-opening moments I've had in exploring our histories. Our freedom to create is always under threat. Audio Lab is giving me a blank canvas and a lot of space and time to create what I want to create, which as a producer is extremely rare and very exciting.”