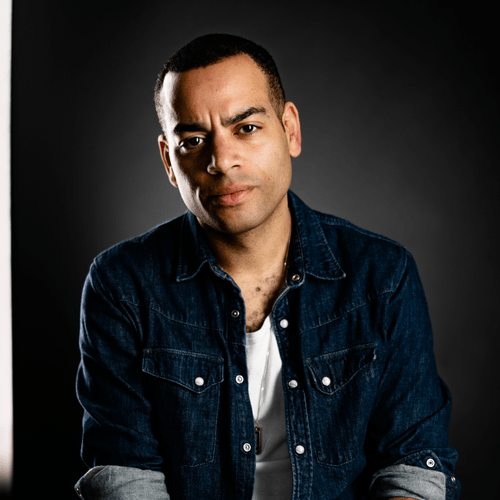 Beginning life as an underground rapper Doc Brown, Ben Bailey Smith has diversified profoundly, moving into mainstream TV and film acting, stand up, screen writing and children’s books. He has a host of notable television performances under his belt including a starring role in ITV’s Law & Order, C4’s The Inbetweeners and Derek, BBC thriller Hunted, BBC comedies Rev, Miranda, Russell Howard’s Good News, Live at the Apollo and ITV’s Midsomer Murders, and is highly regarded for his ongoing work with Ricky Gervais.

He starred in the 2016 Gervais movie David Brent: Life on the Road, and received huge accolades for a major dramatic role in the ITV1 hit drama Brief Encounters. He has also written music for the movie Attack the Block. Smith has just wrapped on a new six part drama about gambling addiction, Clean Break, starring alongside Sheridan Smith for ITV.

Smith also boasts a wide following amongst children, starring in and writing for the cult CBBC animation Strange Hill High and creating and co-writing the BAFTA-winning Four O’Clock Club on CBBC, now in its fifth series. He again proved a hit for children with an unforgettable cameo in David Walliams’ film adaptation of Ratburger which aired on Sky One at Christmas 2017.

His first children’s book, the Walker/Candlewick-published I Am Bear has gone on sale worldwide and been an instant hit with critics and readers alike. The follow up, Bear Moves, was released in February 2019.

In 2017 Smith recorded an hour-long stand up special for the BBC which aired in March and toured the world opening for long-time collaborator Gervais. He also found a new dedicated audience as a regular understudy for Simon Mayo on the lauded BBC 5Live Film Show, with more guest appearances booked for 2018.

In May 2017 he made an emotional comeback to music, returning to his roots to release an album, Stemma, his first in over a decade, accompanied by tours in March and December of that year.

In 2018 Smith continues his wide-ranging work, focussing on acting as well as continuing to write for children.