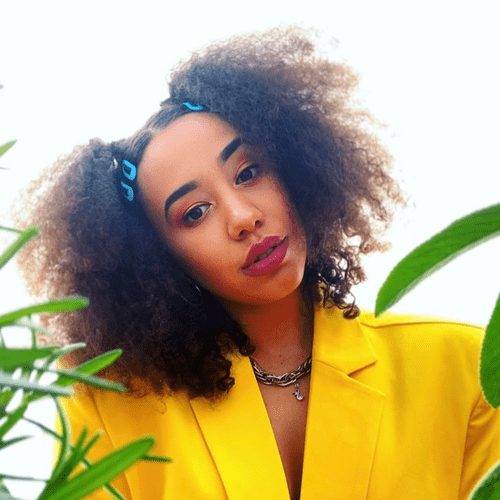 Gemma champions the best new artists and bands emerging from the UK and Ireland, spanning a vast array of genres.  She is known for her warm and fun energy on air and has rapidly become one of the most exciting young broadcasters in the country.

As a broadcaster Gemma has attended festivals such as Radio 1’s Big Weekend, Reading Festival, AVA, SXSW in Austin Texas, to name a few.  She is well versed in live event hosting, having carried out hosting duties at the Northern Irish Music Prize, Radio Academy festival, AIM Awards, Ditto X and more.  She has also sat on juries for the Choice Music Prize Ireland and the Music Moves Europe Awards.

Gemma has interviewed seasoned performers in the music industry such as Gary Lightbody, Craig Charles and Tom Grennan and also an array of fresh new and upcoming artists.

Gemma has also made TV appearances on BBC Three’s Fast-Food Face Off and The Fast and Farmerish.  She has also hosted Sounds New Extra and Pots, Paints and Plays with Gemma Bradley for BBC2 NI.

When not on-air Gemma curates and hosts one of London’s most exciting monthly new music nights in the Courtyard Theatre, Hoxton – ‘Whiplash’ which features the very best new and upcoming artists performing their music live on stage.  Gemma is a songwriter and artist in her own right.  She embraces her favourite aspects of Pop music and meshes them with the finest, hand-picked sounds from R&B and Soul to create her own distinctive brand of sweet and delicious Pop – RnB.