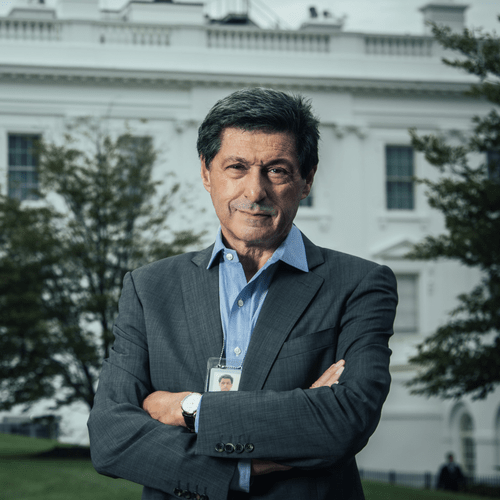 Jon was until the end of last year the BBC’s North America Editor, covering the tumultuous events of the Trump years, and hosting the acclaimedAmericast podcast with Emily Maitlis. They’ve now left the Corporation to join Global Media to host a daily news podcast for them. During a distinguished career at the BBC Jon served as a news presenter for television and radio, the Chief Political Correspondent and Paris Correspondent, and has anchored its news coverage from across the globe. While in the States he wrote a trilogy of books on the Trump presidency.