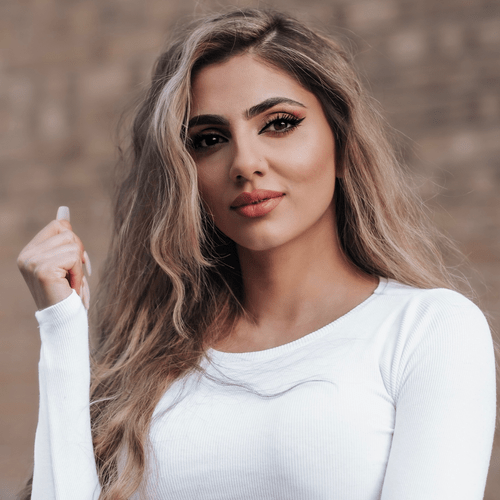 Broadcaster/Presenter
Mehreen Baig is a former teacher, trailblazing broadcaster and writer, who is passionate about education and empowering young women. She has emerged as an influential voice across a range of topics including feminism, race and gender equality and faith.
In 2020, Mehreen has established herself as an intelligent and inquisitive broadcaster with credits including The Truth About Cosmetic Treatments
(BBC 1), Inside Chelsea: Britain’s Wealthiest Borough (BBC 2) and her podcast, The Secret Life of Teachers (BBC Radio 4). Her move from teaching to broadcasting began in 2016, when Mehreen took part in the BAFTA- winning documentary Muslims Like Us (BBC 2), which followed a diverse group of Muslims living together in the same house. Mehreen’s empathy, humour and passionate advocacy for her beliefs led to widespread interest; she was widely interviewed and was invited to speak at conferences around the world, including The Women’s
Economic Forum in New Delhi. She also gave a passionate speech when collecting the award for Reality & Constructed Factual at the 2017 BAFTA Awards. That year, Mehreen was also named one of the most inspirational and powerful women of the year by The Telegraph alongside Michelle Obama and Adele. Mehreen went on to present two opinionated and personal documentaries, Islam, Women and Me (BBC 1) and Lost Boys? What’s Going Wrong For Asian Men (BBC 2). She became a regular reporter on Sunday Morning  Live (BBC 1) and is also a regular contributor to The One Show (BBC 1), with a special interest in schools and education. She has also taken part in spiritual TV shows such as Pilgrimage (BBC 2) and Walks of Life (BBC 1). 2022 has seen Mehreen host a second podcast series ‘Not Even Water’ for BBC Sounds and she also became a judge for the global sustainable fashion competition Junk Kouture, alongside Laura Whitmore. Mehreen worked as an English teacher in a North London secondary school after graduating from the Institute of Education and was promoted to a senior role within her first five years. She is still in touch with many of her former pupils, and continues to work as a tutor and coach to help young people achieve their life goals. Her debut book ‘Hidden Lessons’ was released by Hodder Studios in 2021 to critical acclaim.
Sessions