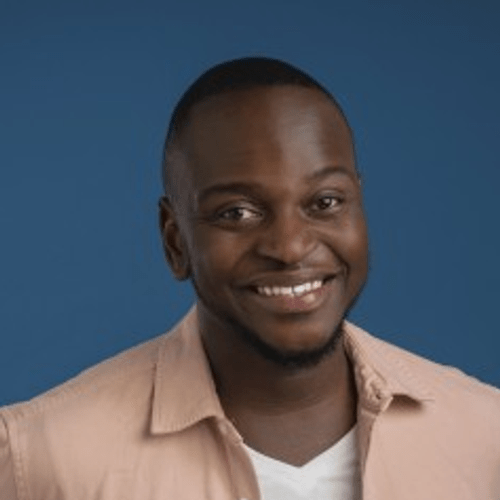 Will Njobvu is a TV and radio presenter, whose infectious personality and extensive live experience singles him out as a real talent to watch.

In 2021, he hosted The Masked Singer: Unmasked (ITV2) where Will got all the backstage gossip with panellists Jonathan Ross, Davina McCall, Rita Ora and new recruit Mo Gilligan. He hosts both the Saturday Breakfast Show and Sunday afternoons on Capital XTRA and has been a regular Entertainment Presenter on ITV's Good Morning Britain. In 2021, Will presented and scripted a 4-part digital series for Good Morning Britain to accompany series 2 of The Masked Singer called Who’s Behind The Mask? - which received over 3 million impressions
online. Having graduated from De Montfort University with a degree in Media and Communications with Journalism, Will went on to work on the production side for Sky News, BBC Radio London, Channel 5 News and This Morning. Will has regularly featured as a co-host on Channel 5’s flagship daytime chat show, Jeremy Vine. He’s also hosted ITV2’s entertainment news show FYI Daily and previously worked as a co-presenter on BBC Africa's children's show, What's New? In 2018, Will filmed a short feature documentary called ‘Sudden Cardiac Deaths’ for Victoria Derbyshire’s BBC2 show, about young people living with undetected heart conditions; a topic close to his heart, as he was diagnosed with an acute heart condition himself at the age of 22. 2022 has seen Will appear on ITV’s The Games, inspiringly learning how to swim during the gruelling training process. This year has also seen him host his podcast ‘Tea Time with Will and Yewande’ which has featured guests including Tan France, Sean Paul , Craig David and Wes Nelson.