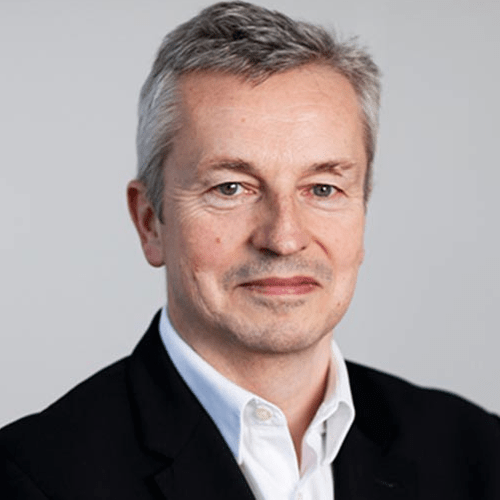 Paul founded CDP in 2000 with an ambition of creating a global economic system that operates within sustainable environmental boundaries and prevents dangerous climate change. CDP represents over 560 investors with assets of over $97 trillion, and it uses this authority combined with the buying power of over 115 large corporations with annual purchases of over $3.5 trillion, to persuade over 8,400 large companies to report on their greenhouse gas emissions as well as strategy on climate change, water use and the drivers of deforestation. CDP make most of this data available to the public and service providers like Bloomberg, MSCI and many others. In addition, over 700 large cities and 100 states and regions with aggregate over 1 billion inhabitants report annually on their environmental performance through CDP, which is a charitable organisation operating in 80 counties from nine offices around the world.

Paul previously co-founded Rufus Leonard Corporate Design and EyeNetwork, which was the largest videoconference booking service in Europe. Previously he had worked in fashion, retail and market research industries.

He has served as a member of the Environmental Research Group of the UK Faculty and Institute of Actuaries. Paul has authored various publications including the book Beautiful Corporations published in 2000 by Financial Times Prentice Hall. The book introduced the concept of sustainability product marketing which is growing in significance as a force in contemporary commerce.

Paul is Chair of the Trustees of the NGO ShareAction as well as a Trustee of the Findhorn Foundation in Scotland where he has established a program of seminars and retreats now used by the responsible investment community as well as emerging social businesses. He is an advisor to the NGO Influence Map and is a trustee of the grant making Friends Provident Foundation.

He is a founder of the insulation company Mitchell and Dickinson. Paul is also an unpaid director, but not a shareholder, in GIKI, a powerful App available in the UK reading 250,000 food and drink barcodes to reveal their sustainability criteria.