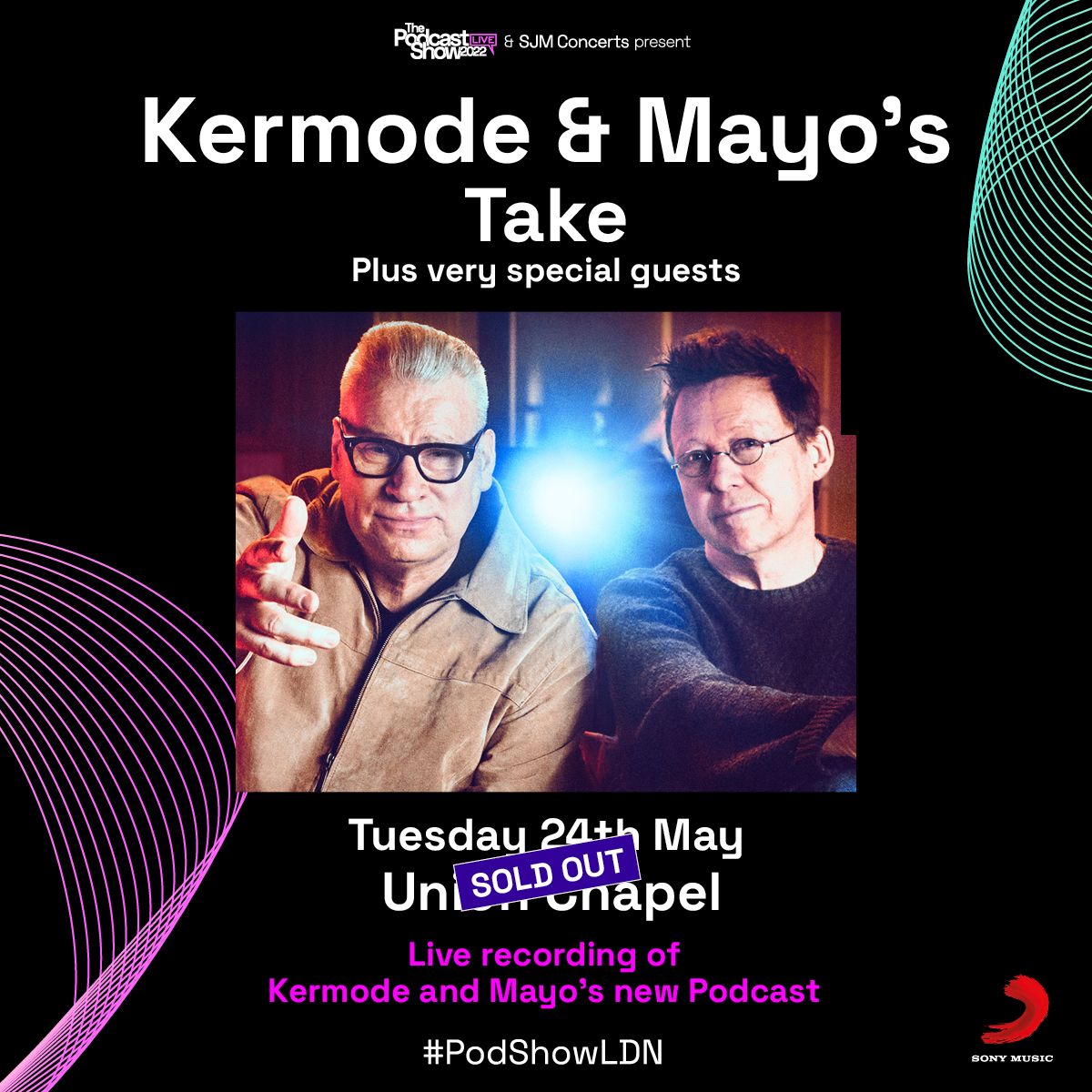 Kermode & Mayo's Take is the new home of Mark Kermode and Simon Mayo. Two new weekly podcasts from the leading film critic  and broadcasting icon will launch in early May.

Film reviews, TV reviews, comment and conversation around movie and non-movie related stuff. Plus a whole bunch of recommendations to watch in cinemas, on all streaming services and on physical media worldwide.

As well as the film and TV reviews, Mark and Simon will be talking about anything and everything. Punctuation, Thunderbirds, obscure German pop music, fax machines, subtitles, MRI scans, magic, school assemblies, Scandinavia, and don’t forget the dad jokes.